Finding the causes of MS so that prevention and treatment procedures improve. 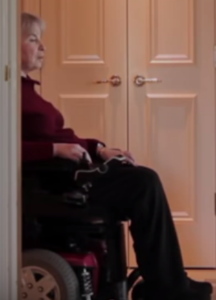 After suffering with the daily pain of Relapsing-Remitting MS (RMSS), Elayne Shapray became an advocate for physician assisted suicide, presenting her platform in the Supreme Court of Canada’s consideration of the issue.

She argued passionately in support of The Canadian Supreme Court’s hearing of a Bill for Physician Assisted Suicide, and she passed away with a physician’s assistance in May of 2016 surrounded by her family.

She believed that there was no hope for her painful condition.

Her devoted loving husband Howard, believed he was right when he said that “she had Progressive MS and she had the ‘best doctors’ advising her and we were told that there was nothing that could be done to help her condition.

MS is not just one disease.”

MS has four forms that are recognized.

To accurately define the different forms of MS, in 1996, the NMSS surveyed a group of scientists who specialize in MS patient care and research.

After analyzing the scientist’s responses, the organization categorized the condition into four primary types:

There is much to accomplish to conquer the causes and symptoms of this neurological condition.

MS is characterized by a gradual erosion of myelin — a fatty sheath that protects the nerves.

Damage is associated with a range of neurological problems, including numbness, blurred vision, tremor, and slurred speech.

MS has been studied to be more prevalent in women by a factor of 2 to 3 more times.

The causes are unclear, but causes range from genetics, to environmental hazards, and smoking are all possible factors. The condition normally develops between ages 20 and 40.

Researchers say use of birth control is not a firmly established cause for MS, but a link was found between MS and birth control pills.

In a 2014 study, Dr. Kerstin Hellwig, a post-doctoral research fellow with Kaiser Permanente and her colleagues looked at data from 305 women who had been diagnosed with MS or the precursor clinically isolated syndrome CIS.

This sample was then compared to 3,050 women who did not have MS.

Twenty-nine percent of the MS participants had used hormonal contraceptives for at least three months over the three years preceding the onset of symptoms.

The researchers found that women on birth control were 35 percent more likely to develop MS compared to women who did not use the pills.

These findings suggest that using hormonal contraceptives may be contributing at least in part to the rise in the rate of MS among women.

Presently it is very difficult for every MS specialist doctor to have knowledge of, and experience with, every other doctor’s work in treating the different forms of MS.

“The diagnosis of MS is tricky. Both the symptoms and MRI testing results can look like other conditions, such as stroke, migraines and vitamin B12 deficiency,” Marwa Kaisey, MD said. “You have to rule out any other diagnoses, and it’s not a perfect science.”

“The investigators found that many patients who came to the medical centers with a previous diagnosis of MS did not fulfill the criteria for that diagnosis. The patients spent an average of four years being treated for MS before receiving a correct diagnosis.”

“The most common correct diagnosis was migrane (16 percent), followed by radiologically isolated syndrome, a condition in which patients do not experience symptoms of MS even though their imaging tests look similar to those of MS patients. Other correct diagnoses included spondylopathy (a disorder of the vertebrae) and neuropathy (nerve damage).”

“Among those misdiagnosed, 72 percent had been prescribed MS treatments. Forty-eight percent of these patients received therapies that carry a known risk of developing progressive multifocal leukoencephalopathy, a serious disease in the white matter of the brain, caused by viral infection.”

“I’ve seen patients suffering side effects from the medication they were taking for a disease they didn’t have,” Kaisey said. “Meanwhile, they weren’t getting treatment for what they did have. The cost to the patient is huge–medically, psychologically, financially.”

“The investigators hope that the results of this study, which will be published in May’s issue of the peer-reviewed journal Multiple Sclerosis and Related Disorders, along with recently funded research into new biomarkers and improved imaging techniques, will help improve diagnostic procedures and help prevent future MS misdiagnoses.”

Many top doctors encourage their patients and patient’s family to educate themselves and continue to search outside of the individual specialist’s practice for cases and protocols that can help the patient’s condition.

When the family feels that looking outside of a small circle of practitioners for additional protocols is “too much” to comprehend, the very best physicians will admit the limits of their practice, and uplift and empower the patient and their family to scour the world for other physicians that can expand care, join the team and work together to cooperate for the patient’s benefit and recovery.

When the two words “MS recovery” are typed into Google, videos of patient cases are displayed along with results of physicians’ work.

Dr. Terry Wahls, M.D. is a physician that is a clinical professor of medicine at the University of Iowa Carver College of Medicine in Iowa City, Iowa, U.S.A., where she teaches internal medicine residents in their primary care clinics.

She also does clinical research and have published over 60 peer-reviewed scientific abstracts, posters, and papers.

In addition to being a doctor, she is also a patient with a chronic, progressive disease.

She was diagnosed with relapsing remitting multiple sclerosis in 2000, around the time she began working at the university.

By 2003 she had transitioned to secondary progressive multiple sclerosis.

She underwent chemotherapy in an attempt to slow the disease and began using a tilt-recline wheelchair because of weakness in her back muscles.

It was clear: eventually she would become bedridden by the disease.

Also, Dr. Roy Swank M.D., former head of University of Oregon’s neurology department has treated and observed that MS patients improved on the similar forced low-fat diet as was observed during WWII when fatty food was necessarily rationed.

During World War II, food was scarce and stress was high in occupied Western Europe.

People could no longer afford to eat meat, so they turned instead to the grains and vegetables that once nourished their cows, chickens, and pigs.

The result was a dramatic reduction in the intake of animal products and of total fat in the diet.

Doctors observed that patients with MS had 2 to 2-1/2 times fewer hospitalizations during the war years. In the 1950s, Dr. Swank began treating his own patients with such a diet.

He got excellent results, so for the next 35 years he treated thousands of MS patients in this way.

By any medical standard, his results have been remarkable: patients’ conditions improved by as much as 95 percent.

Several long-term studies show a close connection between saturated fats and the development and progression of MS.

In working with neurological patients in the water with dolphins at a world respected Brain and Spinal Cord Center, we learned that many neurological cases were told by their doctors that there were no medicines presently, or for the foreseeable future that could help them.

Professor Dr. Roy Swank M.D., of the Swank Multiple Sclerosis Clinic in Portland, Oregon initially found that MS followed the consumption of saturated fat and was lower among people who ate fish (which is rich in omega-3 fats).

Published in The Lancet in 1990, it showed that people who adhered to a diet very low in saturated fats had dramatically better health outcomes than those who did not.

“This makes me very angry. I was diagnosed with MS in 2000 and this option of diet was not even mumbled in my presence. I went on copaxone in 2006 and went off of it in 2010. Trouble with affording the stuff. I had a whopper of an exacerbation this year. Lost my vision, my hearing and could hardly walk. It was terrifying to say the least. Since then I discovered Dr. Roy Swank and his work and have been a low fat vegan for the last six months. I began to see improvement almost immediately. I have my sight back as well and my hearing and walking is much much improved, almost normal. I haven’t felt this good in years. What makes me angry is all of this could have been avoided if the diet was held out to me in the beginning.”

The new genetic technology holds great promise for treating viruses that may be involved with MS, and we support it’s further development.

Until the causes of MS are fully elucidated and a cure for every MS sub-type has been found, we will search for the answers that will improve the MS patient’s quality of life, inspired by Elayne Shapray who said “MS is a disease that affects the nerves in your body. And there is no known cause and there is no known cure.”

The swell of demand has given birth to our team at CMHNR working to build the world’s best Neurological Help line resources to save the lives of innocent victims to get the step-by-step recovery research and resource help – that they and their families so much need to overcome the doctor pronounced “terminal diagnosis” of painful neurological conditions and the too often resulting doctor-assisted-end-of-life. 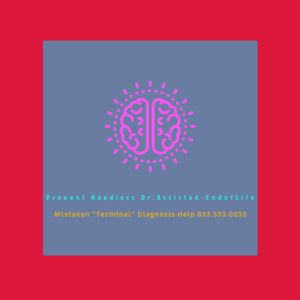 “Then, 13 years after my initial (MS) diagnosis, the doctor called me in for a routine hospital appointment. He told me that because my consultant had retired, they had reviewed all of his cases. Then he told me very matter-of-factly that I did not have MS.

I was furious. I pictured all those years bed-bound, the injections, the impact on my children, husband and career, and all for what? In a haze of incomprehension, I demanded answers. The doctor’s replies were vague. He suggested that my symptoms may have been caused by a lack of vitamin D, which a simple blood test would have confirmed and a heavy dose of supplements would have fixed. There was no apology.”

“Among those misdiagnosed, 72% had been prescribed MS treatments. Of these patients, 48% received therapies that carry a known risk of developing progressive multifocal leukoencephalopathy. Conversely, the most common correct diagnosis was migraine, followed by radiologically isolated syndrome, spondylopathy, and neuropathy.

“I’ve seen patients suffering side effects from the medication they were taking for a disease they didn’t have,” said Kaisey. “Meanwhile, they weren’t getting treatment for what they did have. The cost to the patient is huge— medically, psychologically, financially.”

Disclaimer: The information presented here is for educational purposes only.